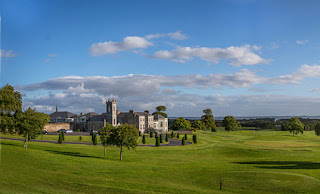 Glenloe Abbey in Kent
JULIA DELANEY [1] ("Sigile Ní Delainaig" or "Siuban Ni Dublainge"). AKA and see "Glenloe," "Reel de la sorcière (La)," "Maude Millar's Highland." Irish, Reel. D Major. Standard tuning (fiddle). AA'B. Captain Francis O'Neill named the tune in honor of his sister-in-law, wife of uilleann piper Bernard ("Barney") Delaney. Julia was the sister of O'Neill's wife Anna, both hailing from Feakle, County Clare. The Delaneys received much assistance over the years from O'Neill, who may even have introduced the couple to each other. Barney had a job on the Chicago police force, courtesy of the Captain, and was guided in profitable real estate investments by him. Barney and Julia retired to Ocean Springs, Maryland, however Julia died a few years later. The piper subsequently moved to Havana, Cuba, but eventually feel ill and returned to Chicago where he died in July, 1923, having been confined by reason of syphilitic paresis to the Illinois State Hospital for the Insane (letter by O'Neill to a Dr. Mercer, 1920) . O'Neill greatly admired Bernard Delaney's music, but considered him ungrateful for all the help he had given him; the piper would not, for example, teach students or record cylinders for O'Neill on demand. Delaney is buried alone in Mt. Olivet cemetery about 100 yards from the O'Neill mausoleum.

The O'Neill version is in the major mode, but seldom heard today. Instead, a dorian mode "Julia Delaney (2)" is the one played in modern sessions. It was popularized by The Bothy Band, who recorded it on their album "1975"; a cut on which the playing of fiddler Tommy Peoples is featured. P.W. Joyce (1909) prints a version of the tune as "Glenloe," in the dorian mode with a different turn. Indeed, O'Neill's version seems hardly playable in either major (as written) or dorian modes, and has been significantly reworked over the years. O'Neill himself printed another version in his Waifs and Strays of Gaelic Melody under the title "Groves of Mount Talbot" (No. 324) collected from a John Kelly of San Francisco. A minor key version of the reel may be "Sporting Molly." Donegal fiddler Con Cassidy played a version of the tune as "Maude Millar's Highland."

Starting September 1, 2022, the Studio hours will change back to Fall hours:

Don't hesitate to contact us if you have questions

Email ThisBlogThis!Share to TwitterShare to FacebookShare to Pinterest
Labels: Calendar 2022-2023

CRESTED HENS, THE (Les Poules huppées). French, Bourrée à 3 temps (3/8 time). E Dorian. Standard tuning (fiddle). Composed in 1983 by French national and hurdy-gurdy (vielle a roue) player, Gilles Chabenat, who remarks that some bars of a Debussy composition served as inspiration for the germ of the tune. It is of a type from central France, where it is also a folk dance, and is usually played at a medium tempo, although this tune is often heard played slower (a la the Irish group Solas who popularized the tune and translated the title). Gilles remarks that the title was a kind of nonsense play, from his teenage years. The tune is often mistakenly ascribed Breton origins, and to varying degrees of antiquity, however, it is a modern composition by Chabenat. 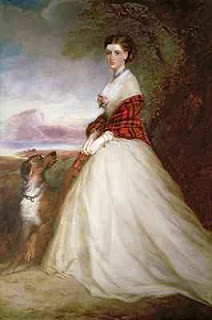 DUNMORE LASSES (Gearrchailiú an Dúin Mhóir). AKA – "Dunmore Lassies." AKA and see "Morrison's Reel (1)," "Road to Knock (1) (The)." Irish, Reel. E Minor. Standard tuning (fiddle). AB (Breathnach): AA'BB' (Flaherty). O'Sullivan (1983) notes a relationship between this tune and "My Love is in America;" one is nearly a mirror of the other, though in the same key and transposed down one step. Related tunes are "Custom Gap (The)," "Mills are Grinding (3) (The)," "Porthole of the Kelp (The)" and "Tuttle's Reel," certainly in the 'A' part though the 'B' parts differ somewhat. Fiddler Paddy Carty recorded the tune as "Morrison's," perhaps named for flute player Tom Morrison (1889–1958) who recorded the tune on a 78 RPM in New York in September, 1927 (in a medley with "Manchester Reel (2)" and "Castlebar Traveler (The)"). Morrison was originally from Whitepark, near Glennamaddy, North County Galway, write Varlet & Spottswood (1992), and emigrated to New York in 1909.

The name Dunmore means 'the big fort', from the Celtic dun mor. Morrison himself was from Dunmore and styled himself "The Dunmore Flash" as Glennamaddy is not far from Dunmore.

Source for notated version : - flutist Éamonn de Stabaltún (Ireland) [Breathnach]; flute player James Murray (b. 1947, Ougham, near Tubbercurry, Co. Sligo) [Flaherty]. from the playing of piper Séamus Ennis (Dublin), who learned them from his father, a piper taught by Nicholas Markey who in turn had been taught by the renowned piper and pipemaker Billy Taylor of Drogheda and later Philadelphia [Breathnach]. 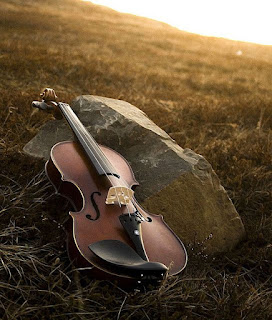 I LOST MY LOVE. AKA and see "Castlemaine Bridge," "I Found My Love in the Morning," “I Love You Not and I Care Not,” “Kiss the Maid Behind the Bier,” “My Love in the Morning,” "My Minnie's Aye Glowren O'er Me," "This Is My Love Do You Like Her?" Scottish, Irish; Jig. A Minor. Standard tuning (fiddle). AABB. Closely related to “Bundle and Go (4).” A variant is “Humors of Tralee” from the James Goodman manuscript collection (mid-19th century, County Cork).

Listen to Adam Sweet playing with Woodkerne on YouTube: https://youtu.be/eTECYbfLIug?t=37

MAID BEHIND THE BAR, THE (An Gearrchaile taobh thiar den Bheár). AKA and see "Barmaid (The)," "Bartender (The)," "Green Mountain," "Haymaker Reel (The)," "Honeycomb (The)," "Indy's Favorite," "Little Judy," "Long Island Reel," "Judy's Reel," "Maid Behind the Barrel (The)," "Maid Behind the Counter (The)," "Maids of Castlebar (The)." Irish, Reel. D Major (most versions): C Major (Cranitch). Standard tuning (fiddle). AABB (most versions): AA'BB (Bain). The tune was popularlized through the recording by Sligo fiddle master James Morrison (and piper Tom Ennis) and has become (along with its variants) one of the most ubiquitous tunes in modern Irish sessions. "Maid behind the Bar" was entered as an untitled reel in Book 2 (No. 278) of the large c. 1883 music manuscript collection of County Leitrim fiddler and piper Stephen Grier (c. 1824-1894). Versions of the melody appear earliest in published collections as "Indy's Favorite" and "Judy's Reel" in Ryan's Mammoth Collection (1883). O'Neill prints the tune also under the title "Maid of Castlebar," but title may be a corruption of "Maid Behind the Bar," or vice-versa. 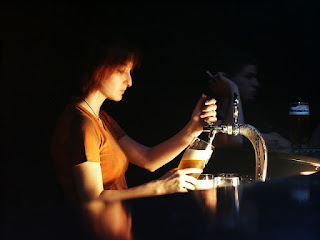 The second strain of 'Maid' was employed as the third strain of the French-Canadian tune "Ronfluse Gobeil/Snoring Gobeil/Snoring Mrs. Gobeil/Reel St-Siméon," recorded by Jos Bouchard in 1938. See also note for "Long Island Reel."

Lynn "Chirps" Smith, citing Spottswood, finds early recordings by uilleann piper and stage entertainer Patrick J. Patsy Touhey (1865-1923) recorded on cylinder records made between 1901-1919 ("Maid behind the Bar", paired with the jig "Humors of Glynn"). A few years later accordion player Edward Herborn with banjo player James Wheeler recorded "The Maid Behind the Bar" and paired it "The Rambler Jig", a close version of the "Kesh Jig (The)". Ellen O'Byrne was an entrepreneur who saw an opportunity supplying early commercial 78 RPM recordings to the niche market of the Irish community in America. She convinced Columbia to take a chance recording Irish musicians with the Herborn and Wheeler accordion/banjo duo as the first musicians to record Irish dance tunes. "Since the deal required O'Byrne to buy 500 to 1,000 copies in advance to sell through the O'Byrne Dewitt store, she went door-to-door in the Irish neighborhoods to announce the impending release of the recording. The disc sold out in no time and proved there was a market for Irish music in America". Further early 78 RPM recordings include accordion player James Murphy in 1920 and accordion player John "Dutch" Kimmel (who recorded the reel the same year, calling it "The Bartender"). Kimmel also included it in his 1920 cylinder recording for Edison as the last tune in a medley of Irish reels called "Oh gee!" Philippe Varlet notes that flute player John Sheridan waxed it as "Maid Behind the Barrel" in 1928. Much later, County Clare fiddler Vincent Griffin recorded the tune in 1977, played in the rather unusual key of 'C' major. 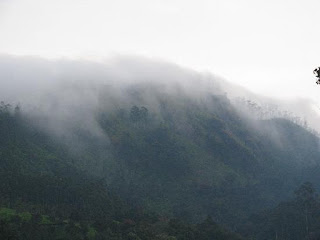