Here it is, friends! It’s the companion video for The Grascals' song “American Pickers” which appears on When I Get My Pay (street date November, 19). Yep, those are our pals Mike Wolfe from the History Channel TV show American Pickers and superstar/all-around-good-guy Dierks Bentley making guest appearances. The Grascals commented, "We love those guys! Whatcha think???"

The Grascals recently announced the addition of fiddler Adam Haynes to the band. Adam has an impressive pedigree having played with some of the finest: Melvin Goins & Windy Mountain, The James King Band, David Parmley & Continental Divide, Dailey & Vincent, Larry Stephenson Band, and most recently Grasstowne. Adam is originally from Norwalk, OH but spent quite some time in Eastern Kentucky where his family has roots as deep as bluegrass. Adam currently makes his home in Portland, TN with his wife, Janette, and two daughters, Bella (8) and Ellie (3).

Great musicians will always find a way to make good music, but for great musicians to make great music, they must form a bond – one that, more often than not, goes beyond the purely musical to the personal. For The Grascals, that bond has been forged at the intersection of personal friendships, shared professional resumes and an appreciation for the innovative mingling of bluegrass and country music that has been a hallmark of the Nashville scene for more than forty years. As their releases prove, The Grascals’ rare musical empathy gives them an unerring ear for just the right touch to illuminate each offering’s deepest spirit - whether they’re digging into one of their original songs or reworking a bluegrass classic or pop standard.

Three Reasons Why I Don't Put Prices On My Website

I sell a lot of stuff on Craigslist and through pages on Google+ and other social bookmarking sites.  I get dozens of inquiries from "tire kickers".  You can tell who they are instantly.  They always start out with "what's the model number" or "what are the other specs" or words to that effect.  They are not looking to purchase or to make a deal, they are often trolls or troglodytes interested more in the game of bargaining you down, or worse, making you feel bad about yourself, than actually doing anything worthwhile.

Tire Kickers who are not trolls or troglodytes are not interested in buying locally.  They want you to do the research for them, then they'll bargain someone else down somewhere online "I saw it on Craigslist for $X and got the dude to go down to $x"

Tire Kickers Don't Have The Money In The End

If the tire kickers are not trolls and not interested in a bargain, they probably don't have money anyway.  I've had my share of long winded "negotiations" with people on the internet who always end up saying they don't have the money to afford it "now" but will "keep you in mind" for the future.  Right.

Promotion for the Independent Musician

In a market saturated with the music of aspiring musicians and already well established acts it can be difficult for new acts to gain exposure. This begs the question, how does an artist stand out and get heard over the masses of music uploaded to the web each day? This guide was written as a follow-up of sorts to our blog “treating your band as a business” and also ties in with our online marketing crash course. The article will be split into two sections: the first pertaining to more traditional “physical” promotion techniques and the second focused on marketing your music online to listeners around the globe. 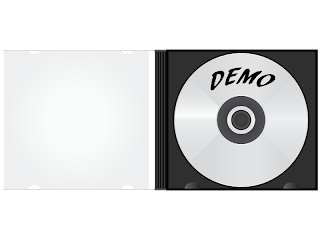 The demo CD (or tape if you remember the golden days of the cassette) has long been a staple of promotion for aspiring musicians. A demo of your music can be anything from rough DIY live recordings to a selection of two or three professional recordings of your best songs. Although sometimes a well-composed, well-performed song can shine through a muffled and noisy home recording, it is often more beneficial to select a “single” and a “b-side” at minimum to have professionally recorded. You might be surprised to learn that the cost of creating a professional recording using high quality equipment is often less than the cost of purchasing an entry-level home recording setup of your own. A great sounding demo can be invaluable in getting your act booked for shows and also makes a great freebie to get people interested in your music!

Tips for an effective Demo:


“Freebies” As A Promotion Tool

While we’re on the topic of freebies we want to take a second to give you a few ideas that will help get the creative juices flowing on ways you can use inexpensive merch items as promotional tools! The idea behind freebie promotion is simple: people love free stuff and are more likely to tell a friend or co-worker about your awesome band within a 30 day window if they have a small reminder in the form of “low overhead” merchandise. As a general rule of thumb, you will probably want to use lower cost merch items for promotion and avoid giving out items with a high manufacturing cost such as clothing or vinyl. For example, stickers are one of the best low-cost, highly-effective promotional tools available. Most everyone likes stickers and wherever, whatever or to whoever they are applied instantly becomes a free promotional outlet for your band. A great eye catching design is definitely a must if you’re aiming for maximum effectiveness. Try giving out smaller stickers for free and place them next to other larger stickers for sale on the merch table (but be sure fans can separate free from for sale!)  Download cards are another simple yet effective tool directing fans to your online music and can be printed, at low cost, on formats from business cards to flyers. A good download card design will be eye-catching without being cluttered. You can decide to require “liking” your facebook page (via a “like gate”) before the download will begin.
at October 28, 2013

Crossing The Pond - A Live Concert

Crossing The Pond is a trio consisting of Mark Vocca, Jamie Bunting and myself (Adam Sweet).  We get together in the spring to play a few St Patty's Day gigs together at pubs and libraries in CT and western MA.  It's a lot of fun and they are great guys to play music with.  I hope you enjoy this video.

Email ThisBlogThis!Share to TwitterShare to FacebookShare to Pinterest
Labels: celticado, crossing the pond

Newfoundland Dancing And Music from Fogo Island in the 1990s

A very lively video of an old fashioned Newfoundland kitchen party featuring Fogo Islands most well known accordion players, Harry Eveleigh, Pat Freake, Harvey Budgell. Which took place somewhere within the early 90's on Fogo Island, Newfoundland.Some of the tunes played (not in order)- Off She Goes- Cock Of The North- Mussels In The Corner- Boys Of The Bunkhouse- I'se Da ByeThese clips were taken from "Fogo Island, my Island home" movie published and produced by Gerald Freake.

Making the most of your hours in the practice room: