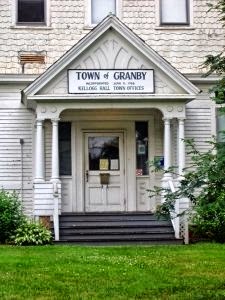 It looks like we're not going to be ready by June, at least for jam sessions and concerts due to delays with inspections and permits.

We're pushing our GRANBY OPENING back to the first week in September, which will give us the summer to work out all the bugs in the system!

Email ThisBlogThis!Share to TwitterShare to FacebookShare to Pinterest
Labels: granby 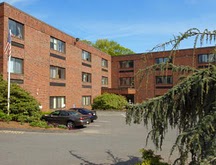 The Celtic Group will be performing a selection of traditional Celtic dances and singing songs at The Holyoke Rehabilitation Center this Sunday, May 10th, 2015.


The concert is NOT open to the public.

If you would like to find out more about the Celtic Group class, visit our website at www.sweetmusicstudio.net.  Thank you!


Holyoke Rehabilitation Center is a 164-bed skilled nursing facility nestled in a wooded area in the Pioneer Valley region of Western Massachusetts.  Specializing in the sustained care and NeuroRehabilitation of individuals with acquired brain injuries, neurodegenerative syndromes and other neurological and neuropsychiatric disorders.

The unique treatment program addresses the specific rehabilitative needs of individuals with cognitive, behavioral, psychiatric, and functional issues that have proven difficult to treat in other settings.  Our Residents are best served through interactions with structured, supportive environments that promote improved social relationships.  Our strong interdisciplinary clinical orientation ensures your loved one will receive superior levels of medical, nursing, psychological and rehabilitative care.  Treatment programs focus on meaningful individual goals that enable Residents to recover to their fullest levels of functionality and independence given their organic limitations.

Holyoke Rehabilitation Center is licensed by the Commonwealth of Massachusetts and accredited by the Joint Commission on Accreditation of Healthcare Organizations (JCAHO).

M    a    n   d    o    l    i   n
MandO N  E
N   e   w     E   n   g   l  a  n  d
Mandolin New England in Franklin County Debut at Arts Block May 16
A regional orchestra playing instruments from the mandolin family will perform in Greenfield’s Arts Block on Saturday, May 16 for its first appearance in the county.
Mandolin New England was formed by students from Sweet Music in Granby to revive the mandolin orchestra in the Valley, a musical tradition which flourished here early in the 20th Century. Its membership also includes musicians from Rhode Island, Connecticut, and New York.
The group will premiere the first orchestral performance of Barton Cove, by Greenfield composer Michael Nix, who will accompany the group on guitar and solo on a classical banjo-like instrument he designed, the 7-string Banjar.
Although originally composed in 2005, Nix has reset his composition to take advantage of the multiple string voices of the orchestra that includes mandolins, mandolas, mandocellos and a rare mandobass from the 1920s. Barton Cove is an environmental anthem to the majesty of New England’s greatest river. A poem written to accompany the work is a lament for the industrialization of the Connecticut River at Turners Falls, its first waterfall in Massachusetts, and an area that was once an ancient native fishing center and the site in 1676 of the massacre of 300 inhabitants of an Indian encampment by mounted militia from the town of Hadley.
Michael Nix performs on lute, guitar, banjo, Banjar, and mandolin throughout the United States and Asia and teams with Chris Devine as the Devine-Nix Duo.  His recordings have been featured in documentaries and on NPR’s Weekend Edition and American Experience (PBS).
In addition to the Nix composition, selections will include works by J. S. Bach and the blind Irish composer Turlough O'Carolan. Josh Bell, founder of L’Esperance Mandolin Ensemble of Providence will conduct the group.
Mandolin New England depends upon local music teachers to supply new orchestra members, and students from two local studios are represented in the group. Since 1986, Sweet Music has enabled western Mass. students of all ages to learn to play traditional music on the fiddle, mandolin, guitar and banjo www.sweetmusicstudio.net.
Tickets for the concert are available online at  www.theartsblock.orgfor $7 and $10 at the door on May 16th.  The doors open at 7:30 and the concert starts at 8.
at May 07, 2015 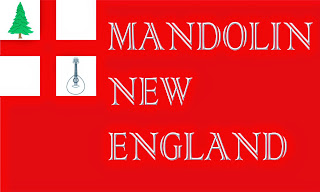 As Mandolin New England comes to life (our inaugural concert was 1/17/15 at the South Hadley Town Hall, another one on the way next week at the Arts Block in Greenfield), Sweet Music is slowly but surely becoming recognized as THE SOURCE for mandolins and mandolin-related events in western Mass.

I am taking it slow in transitioning from my South Hadley location to the new store front in Granby.

I've been in contact with various suppliers, getting catalogs and going over pricing.  I will be carrying a variety of violin and mandolin-related accessories and supplies including strings, picks, bows, shoulder rests, chin rests and other fittings, straps, cases and music stands.  In addition, I plan to stock the books and sheet music that I find most useful, and maybe a selection of other items that people ask for over time.

I'm in this for the long haul now.  Other music store owners I know are looking to retire, and I'm just beginning!  It's going to be an interesting time for sure.

I still have a lot of gear over at the South Hadley location.  Right now, there aren't any storage options at the new space, so I will probably store most of my big equipment in South Hadley and make arrangements for using it in the new space only as needed.

I'm on the lookout for the following items and will gladly accept offers: