Give the Gift of Music This Christmas! 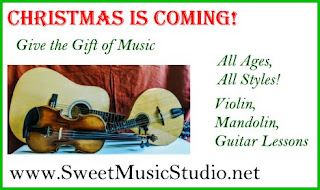 Scotland's Irish Origins Volume 54 Number 4, July/August 2001
by Dean R. Snow
Tracking the migration of Gaelic speakers who crossed the Irish Sea 1,700 years ago and became the Scots
Ireland in the Early Christian period (A.D. 400-1177) was made up of at least 120 chiefdoms, usually described in surviving documents as petty kingdoms, typically having about 700 warriors. One of these petty kingdoms was Dál Riata, which occupied a corner of County Antrim, the island's northeasternmost part. Around A.D. 400, people from Dál Riata began to settle across the Irish Sea along the Scottish coast in County Argyll. Other Irish migrants were also establishing footholds along the coast farther south, as far as Wales and even Cornwall, but the migrants from Dál Riata were especially noteworthy because they were known to the Romans as "Scotti" and they would eventually give their Gaelic language and their name to all of what is now known as Scotland.
So far as we know, the only people already living in Scotland in A.D. 400 were the Picts, who were first mentioned by Roman writers in A.D. 297. This was in connection with an attack along Hadrian's Wall, in which the Picts had the help of Irish (Scotti) allies, so connections across the Irish Sea must have already been strong. Roman sources predictably describe their Pictish adversaries as barbarians and mention their use of blue paint, which some historians later interpreted perhaps too literally (Mel Gibson and his friends show up in the film Braveheart slathered with gallons of it). More likely the Picts were heavily tattooed.
The Picts lived mainly in eastern Scotland, north of modern Edinburgh. We know their homeland both from the distributions of Pictish place-names (which typically begin with "Pett" or "Pit") and the distribution of Pictish symbol stones, which were Pictish equivalents of a medieval coat of arms, each typically bearing the crest of a petty king and that of his father. The rugged west coast was only lightly occupied by Picts or some other Celtic-speaking people. Settlers from Dál Riata apparently established themselves along the west coast without much opposition. By A.D. 490 the population of Scotti was large enough that the head of the little kingdom moved the family seat across from Ireland. The Scotti alternately cooperated with and fought against the Picts for the next few centuries until the two were unified into a single kingdom under Cináed (Kenneth) mac Ailp'n in A.D. 844. After that the Pictish language disappeared, along with the symbol stones and other archaeological traits that had distinguished them from the Scotti.
What the Scottish case and others like it tells us is that migrations by relatively small dominant societies are much more common in human history than many archaeologists have been willing to admit (much less assume), particularly in North America. Typically, the signatures of it have been explained away too easily as evolutionary change in place. There are so many good examples of change associated with the migration of whole societies or dominant subsets of them, that any major change over time that can be observed archaeologically is likely to have involved migration in one of its many forms, however minor. We should be assuming population movement as a first principle rather than denying it.
From A.D. 400 to 1000 , northern Great Britain saw the withdrawal of Roman forces, arrival of the Scotti from northeastern Ireland, disappearance of the Picts, formation of a united kingdom of Scotland, and colonization by the Norse.
A.D. 400. Settlers from the Irish petty kingdom of Dál Riata were beginning to establishing themselves in what would later be called Scotland. Picts were well established north of other Celtic speakers except perhaps on the west coast and in the Hebrides.

A.D. 500. Departure of Roman legions in A.D. 407 left Britain to Picts, other Celtic speakers, and growing numbers of Irish settlers. Enough Scotti were in place by A.D. 490 to allow them to move the seat of Dál Riata from across the Irish Sea.

A.D. 600. Colum Cille left Ireland and established a monastery on Iona in 563. From this time on expansion of the Irish Scotti was assisted in part by the spread of Christianity.

A.D. 700. As the Scottish presence in Britain grew, so did that of the Angles and Saxons, many the descendants of Roman mercenaries. Angle settlements expanded south and east of Scottish territory.

A.D. 800. As both Angle and Scottish communities grew, small Norse settlements began to appear in the islands of Orkney and the Outer Hebrides.

A.D. 900. Competition from the Norse and Angles probably contributed to the unification of Scots and Picts into a single kingdom in 844. Pictish language and culture disappeared. Norse raids forced the abandonment of Iona by 878.

A.D. 1000. By 1,000 years ago the Picts were a memory and the united kingdom of Scotland was caught between Germanic Norse and Angle settlers.
Dean R. Snow, a professor of anthropology at the Pennsylvania State University, has studied Iroquoian archaeology since 1969. His work in Northern Ireland and Scotland was supported by the British Council.
-----
© 2001 by the Archaeological Institute of America
archive.archaeology.org/0107/abstracts/scotland.html
at November 06, 2019