As the summer winds down, I reflect on the last couple of years and how it has affected musicians and music teachers like me.  The first thing that comes to mind is that many more people are choosing not to learn an instrument, and that goes for adults as well as children.  There are at least two generations of people who went without music in the public schools and don't have the subject matter ingrained in their system as I do.  But I wonder also if the pandemic has had a detrimental effect on people who would otherwise look for a good teacher.  Could it be that these people are waiting until the pandemic is over?  Possibly.

I look forward to September.  I am in a couple weddings, which is my favorite thing to do next to teaching.  The first wedding is in W. Brookfield, MA which is near Worcester.  I will be playing for an hour in the "cocktail hour" part of the wedding.  This is usually the time when the bride and groom and wedding party go off to some nice location with the photographer for some posed shots.  The hour is time for the wedding guests to mingle and catch up.  I usually play lively jigs and reels, but since I will be joined by Claudine Langille, I can take a break from carrying the melody...and sing!  I don't usually get to sing, but it's nice to play with someone who is also a good singer.  The other wedding is just ceremony music for a wedding ceremony in Rhode Island.  I will be playing solo there.

October brings more weddings with the cooler weather.  The first is with my good friend Brian Bender at Mt Holyoke College in South Hadley.  The second is a solo wedding ceremony in Hadley, MA.  I am looking forward to them.

The Ultimate Guide for Learning to Play the Fiddle 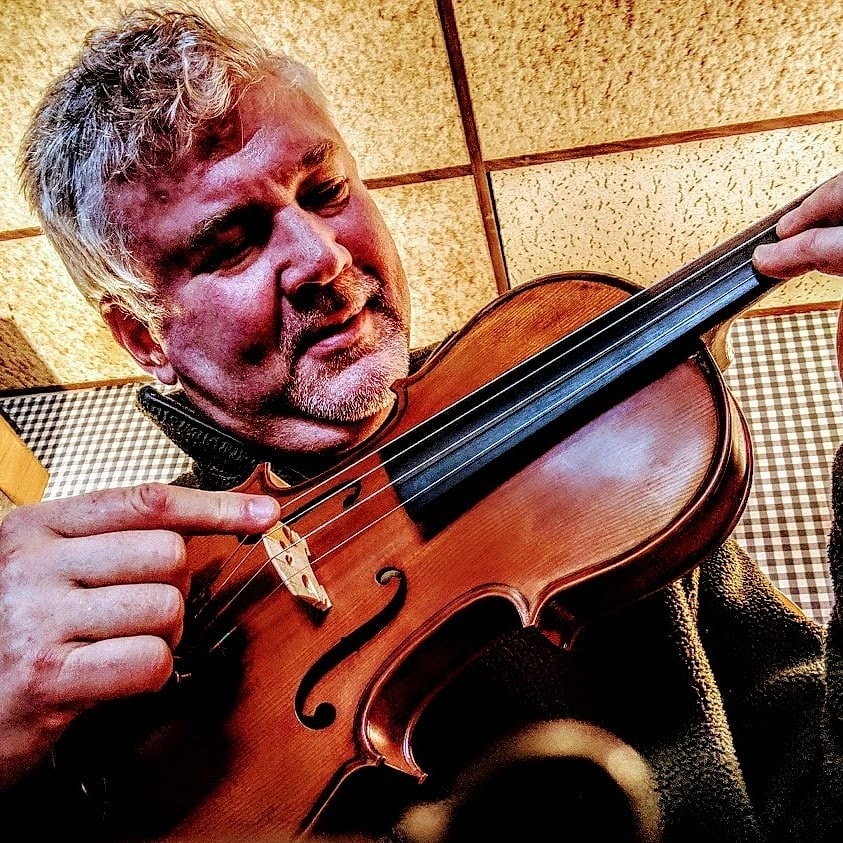 It's absolutely critical to have a teacher who is passionate about traditional music in order to learn how to play the fiddle well.

What makes a good fiddle teacher?
They must: Respect and encourage you. Respect and encourage you in the same way that they would encourage their own children. Treat you as an artist and a person. Encourage you to develop your own personal voice, a signature sound and unique style of playing. They must be skilled at explaining music in a manner that you can understand and internalize. They must also understand that a person can learn to play the fiddle for many reasons, and no one is right all of the time. Fiddle lessons must be taught in a way that reflects the different levels of musicianship that each student has, so students of different skill levels will learn differently. Finally, a good fiddle teacher does not place a high value on one particular style of playing over another.

Where do I find a good teacher?
The first place you should look for a teacher is on online websites that allow you to book lessons, such as lessons.com From there, you can usually book a lesson or two and take your pick from among the teachers listed. They may not necessarily be your teacher of choice, but if you find a teacher who sounds good to you, you're looking in the right place. In some cases, the teachers may require payment before they start teaching, but you can always try to find a free teacher first. When should I take lessons? It's a good idea to take lessons as soon as you can. Ideally, you want to be able to play a piece and have the teacher give you pointers. As soon as you've taken a few lessons, you'll be a lot closer to playing smoothly. Some people believe it's best to play less and learn more.

What are the best resources for learning how to play?
There are many fantastic books available on this topic. The Complete Fiddler's Companion by Tony Trischka is one of the most popular. There is an old tunebook called "Dagger Days" which was published in 1999. It has over one hundred tunes, including "John Henry" and "Dixie Land." And I've also heard good things about "The Lost Fiddler" by Jim Stuckey. Finding a teacher who teaches "traditional music" is essential to success. Here are a few suggestions about teachers for learning the fiddle: 1. Enthusiastic Fiddle Player - Find a close friend, classmate, or family member who plays traditional music and who has been teaching for many years. A good teacher will want to practice with you. This person may be a younger family member, a friend you have known for years, or a schoolmate.

When you've mastered the traditional music styles, you'll have a better understanding of the fiddle, what it's capable of, and its unique tone. You'll also be able to identify the differences between the styles, as well as how they sound and play so that you'll get an overall appreciation of the fiddle itself. Our Free Complete Beginner Fiddle Course is packed with a wealth of tips, tricks, and knowledge to help you play the fiddle. Click here for more information on our premier beginner fiddle course.
at August 23, 2021

The "Haydn" Quartets by Wolfgang Amadeus Mozart are a set of six string quartets published in 1785 in Vienna as his Op. 10, dedicated to the composer Joseph Haydn. They contain some of Mozart's most memorable melodic writing and refined compositional thought.

The quartets were published in a set (labelled Mozart's "Op. 10") in Vienna, 1785. Dates of completion are shown in parentheses above. Mozart arranged the six quartets in the order of composition, except for reversing the order of K. 428 and K. 458.

Wolfgang Amadeus Mozart composed 23 string quartets. The six "Haydn" Quartets were written in Vienna during the years 1782 to 1785. They are dedicated to the composer Joseph Haydn, who is considered the creator of the modern string quartet. Haydn had recently completed his influential "Opus 33" set of quartets in 1781, the year that Mozart arrived in Vienna. Mozart studied Haydn's string quartets and began composing this set of six, which were published in 1785. During this time, Haydn and Mozart had become friends, and sometimes played quartets together in Mozart's apartment, with Mozart playing the viola, and Haydn playing violin; see Haydn and Mozart.

Haydn first heard the quartets at two gatherings at Mozart's home, 15 January and 12 February 1785 (on these occasions he apparently just listened, rather than playing a part himself). After hearing them all, Haydn made a now-famous remark to Mozart's father Leopold, who was visiting from Salzburg: "Before God, and as an honest man, I tell you that your son is the greatest composer known to me either in person or by name. He has taste, and, what is more, the most profound knowledge of composition.

covid and delta updates and other things

We are masked here and we are fully vaccinated. Students should opt for remote lessons if they are not vaccinated.

I have extra tomatoes in the garden if anybody wants some when you come by for your lesson remind me and I'll go out and get you some.

I am looking for someone who can do some minor concrete repairs of some steps. If you know of anybody who can take care of that, message me and let me know. Thanks
at August 12, 2021